"Lokurama" is my bachelor's degree film at the Hochschule Mainz University of Applied Sciences.
A nameless narrator questions his actions in a bar toilet. He is plagued by inner self-doubt. The graffiti on the walls seems to guide and influence his thoughts. The idea was, among other things, to create a film that would motivate the viewer to watch it several times, similar to the namesakes and role models "Logorama" and "Futurama." Most of the toilet graffiti on the walls is self-drawn or painted, by me or by friends and relatives. The toilet was created in Cinema 4D, rendered with Octane, compositing and 2D animations were done in After Effects. 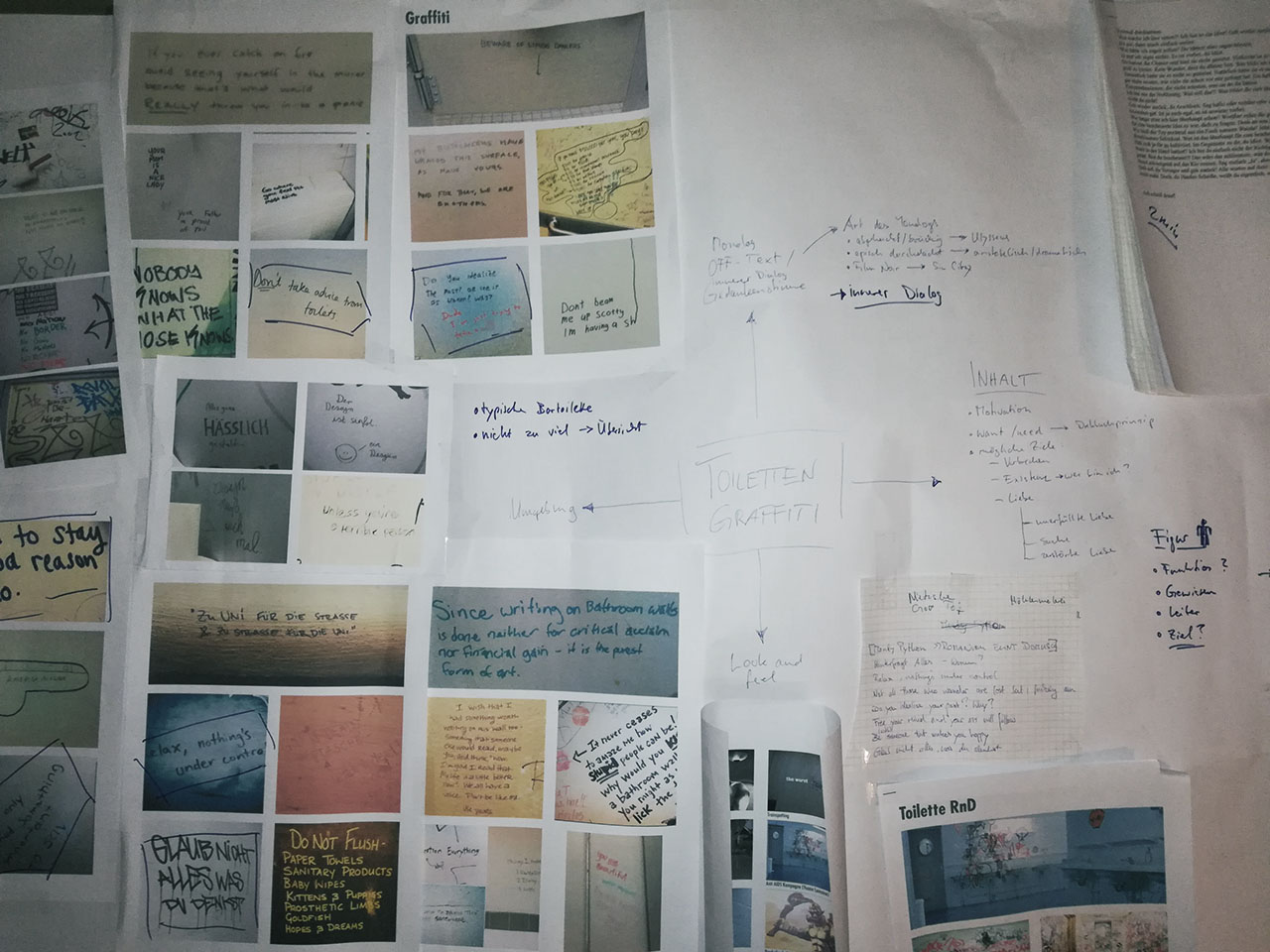 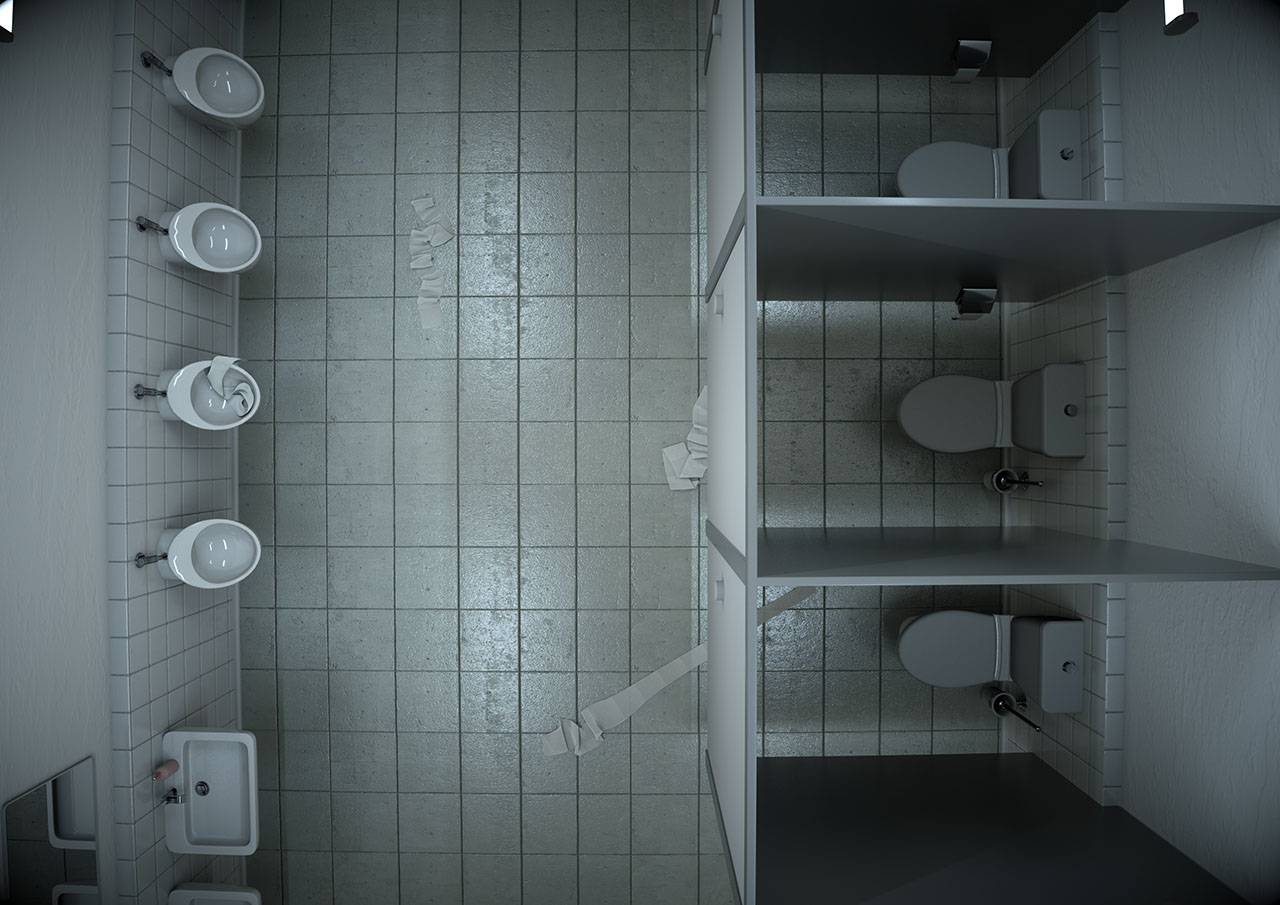 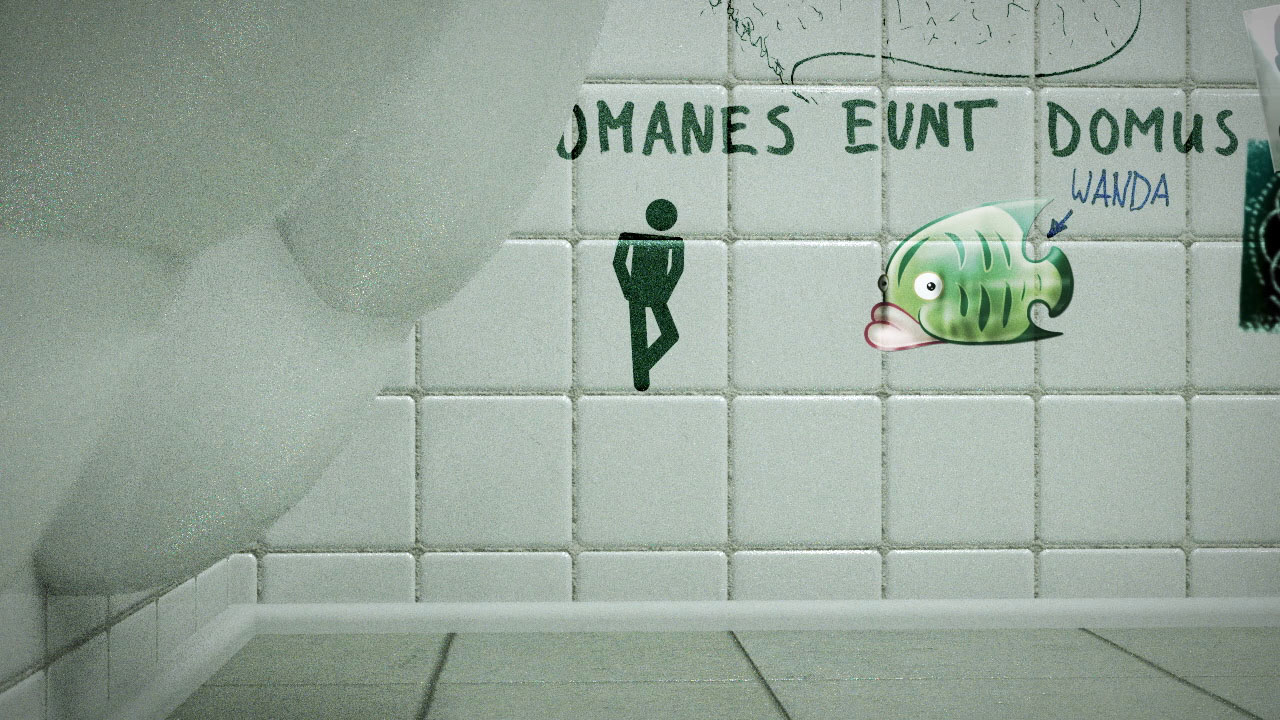